No One Would Have Guessed 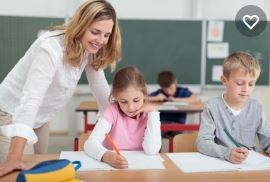 I only recall difficulties first becoming apparent to me in elementary school - despite being a social, athletic, well-rounded top student.  I was secretly starting to struggle with procrastination, perfectionism and pulling stressful “all-nighters” to complete schoolwork.  I didn’t realize what kind of issue this was yet.

In high school, much of the same continued in an amplified manner.  To continue to succeed at a high academic level, all the previous struggles only worsened and now included panic attacks, faking illness, missing tests, and handing assignments in late with penalties or not at all.  Despite this, I continued to achieve excellent grades, have praise from my teachers and even regularly win awards.

With school sports still on my plate, I would be exhausted after school, fall asleep on the couch until dinner and start homework late in the evening.  My stress and anxiety levels also worsened, eventually leading to depression.  Although my life seemed good in terms of family, finances, friends, and community involvement, I was severely struggling mentally.  I had great difficulty managing everything involved in this chapter of my life and did not know why.  I was only diagnosed with depression and treated for it with anti-depressants.  Those other issues however obviously never really improved, but I plugged on well enough to get myself accepted into university.

I decided to go away for my studies.  Despite having strong reservations about this new journey, others convinced me to go.  All the stress and anxiety I had in my head before arriving on campus temporarily disappeared.  It was an instantly fun experience to start.  Over-socialization and over-consumption of alcohol became too prevalent.  I lacked self-discipline, organization, and motivation around schoolwork which previously came from my parents.  This dangerous combination came at the large cost of quickly getting behind in my studies, increasing my anxiety, stress, depression and causing me to eventually drop courses once they became unmanageable or salvageable in my eyes.  I made use of many on-campus resources like Study Skills workshops and counselling sessions, but it never really improved my struggles.

Eventually moving out to off-campus student housing only increased my daily responsibilities and stress.  Learning how to suddenly shop, cook and clean without prior training, was anxiety provoking.  I was also distracted by romantic relationships.  I always felt there was “something wrong with me” and tried to hide that from others, especially those I dated.  Relationships that didn’t work out only lowered my self-esteem, but I continued to be involved with many more.

I got to spend my third year of university learning abroad in Europe - another exciting, but very stressful and anxious adventure.  Despite new cultural and social experiences, I continued to struggle immensely with managing my studies and my emotions.  I barely completed any of my courses that year.

I returned to my studies in Canada and added part-time jobs to my load.  These were fun learning experiences but of course increased my stress and anxiety levels.  A three- or four-year period at university studies turned into five, and still was not complete.  Despite all my struggles, I still felt I gained a lot of knowledge from my studies.  I wanted to return home to my parents’ house but was urged to stay in my university town.

It was then that I listened to the suggestion from a family member to apply for and start a job in my field of studies.  It was miraculous to me that I could land a job in that domain, without having completed my degree.  Realistically however, I was unknowingly very much underpaid.  Severe daily stress and anxiety also ensued.  My knowledge of the language I taught wasn’t as strong as I thought, and I was often unprepared and panicking.   Too tempting to give up at this point however was a financially independent life.

This new life chapter eventually led me to finding a husband.  Feeling so inferior my entire life, I felt I was lucky to find anyone who knew what I was really like and would want to actually vow to spend their life with me.  Low self-esteem though also led me to loosen my boundaries and allow myself to be controlled and put down for many years.  It took a couple decades to realize this and start standing up for myself more in this regard.

I plugged on in these areas of my life with emotional ups and downs sometimes leaving me off-work and barely functioning at times. The added responsibilities like that of a serious relationship and managing a home, only worsened all the struggles.  I would work long hours trying catch up on my perpetual list both at work and home, but never felt that I was even close to achieving that.  I always felt I was drowning with my to-do list.  This cycle has continued for decades in my life.  I periodically changed jobs, but eventually crashed and burned mentally at all of them, including now.  I have been off work for almost five years.

During one of these crashes, a miraculous suggestion by a fellow colleague suggested I could have ADHD.  Although doubtful at first, further research about it I could totally relate to, felt like the discovery of that missing puzzle piece I had always looked for!  While family and friends lacking information about it weren’t convinced, having an official psycho-educational assessment through a psychologist specializing in the area further confirmed it. This finally answered so many lifelong questions. Further investigation with other specialists also revealed another comorbid condition of obsessive-compulsive disorder (OCD) along with my ADHD that helped me and others better understand my lifelong struggles.   I finally stopped “beating myself up” emotionally for all the things I struggled with and blamed myself for. I have always felt lucky there is a name for this issue, and so much constantly evolving research and information about it.  It was then that I embarked upon my lifelong ADHD research journey.  It was also a realization of a newfound purpose and mission in life to help others – especially those bright young girls, their families and educators unknowingly struggling for years in similar ways.

Further research and trials with doctors ensued to find myself helpful medications.  Before having children, we came up with an effective combination together. What helped me then with the ADHD was a non-stimulant.  This finally gave me a sense of how and what I was supposed to feel and accomplish both at work and home.  Once deciding to have children however, I went off those medications, which obviously increased my struggles both at home and work. Unfortunately, after having children these same medications no longer worked for me. My doctors and I thus started over again with trials of different ones. It took years to find a helpful combination again. It led to me now taking stimulants for my ADHD. This long trial and error process however is well worth it in my eyes. The right medication can be lifechanging, as I feel it is in my life.  All I have ever wanted is to feel alert, motivated, and productive enough to accomplish some of the most important items on my perpetual to-do list.  Proper medication has allowed me to do that.

Besides seeking help online and from doctors, I also found a local parent support group.  I found it very helpful both before and after having children to learn more about ADHD and share my experiences with others from an adult’s perspective. I regularly attended that group and eventually helped organize the yearly meetings with others.  When the group changed hands and locations, I continued my commitment to it. I now actually lead this group virtually, not because I am an expert on the topic by any means, but because there was not anyone else available this year to run it. It is not a position I would ever volunteer for. It does however need to exist in my opinion, as there is such a constant need and demand for such an outlet for parents whose children are just beginning this journey of discovery.

Knowing that ADHD is highly hereditary, my husband and I have been observing our own children carefully for years.  Although there are not major complaints from their teachers, as was the case with me, we are feeling we see more and more of these traits in both now. We have begun the screening process with doctors. Knowing what I know about ADHD and comorbid disorders, I feel it has aided me both as a parent and teacher.  I feel I can recognize these traits from an early age, and hopefully lead someone to discover it earlier than when I did. I will forever be grateful for my co-worker who brought it to my attention. I feel it changed my life for the better. I hope I can do the same for someone else one day. 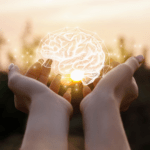 I can remember sitting in a grad school seminar wh... Read More 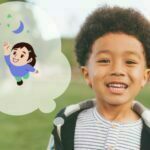 To me, people’s approval is essential, So when the... Read More 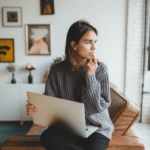 I am a secondary teacher who has always worked wit... Read More 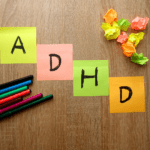 I’m having a virtual parent-teacher interview and... Read More