Some researchers around the world have been thinking about a different way to think about mental and neurological disorders. They have found that current diagnostic categories may not align with new genetic and neuroscience findings. A unique Ontario project, the province of Ontario Neurodevelopmental Disorders (POND) Network is studying multiple disorders at the same time looking for patterns that will lead to a better understanding of the underlying neurobiology. The hope is that this research will lead more effective treatments.

Researchers acknowledge that to date separating and classifying the disorders has helped them to distinguish between disorders and collect statistics aiding in the development of health strategies, but recent research into genetic mutations has been “the big poke in the eye, if you will – the thing that made it impossible to go any further,” he says.

Research found hundreds of possible mutations when looking at Autism, but also discovered that these mutations were not only seen in Autism, but also appeared in other neurodevelopmental disorders. Researchers now realize that there new goal is to figure out what is common among the disorders and what differs.

This new approach does not conduct separate studies but rather looks for traits. An excellent example is a recent study which looked at the ability of study participants with Autism, ADHD and OCD to read other people’s emotions by looking at their eyes. This has generally been thought to be an Autism trait, but researchers found the same trait in participants with ADHD.  Therefore children with ADHD will also struggle with impaired social functioning.

Thoughts on ADHD Sensitivity by Dale

A lot of adults with ADHD don't feel like they wor... Read More 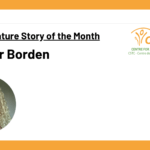 CADDAC's ADHD Feature Story of the Month is a (mos... Read More

Failure is a gift by C.K.

Failure is a gift! As someone with ADHD, I have pr... Read More 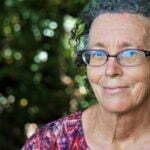 If I were diagnosed earlier, my life would have be... Read More

CADDAC's ADHD Feature Story of the Month is a (mos... Read More